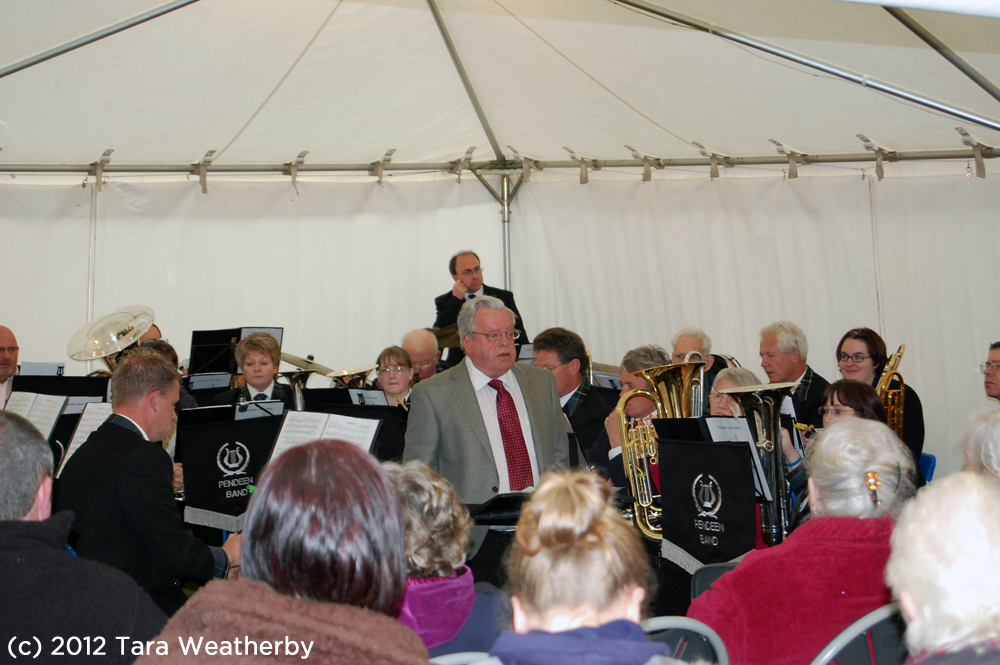 On Saturday the 14th April, Pendeen Silver Band celebrated it’s 120th Anniversary with a reunion of current and former players and musical directors at Geevor Tin Mine.

The organist at Carnyorth Free Church, Mr. J. H. Ellis, known locally as ‘Boy Jim Henney’, got the Pendeen band under way in 1892. Tea treats were the highlight of the year and the “Cornish Telegraph” of 20th June 1892 records:- “On Midsummer Day the Weslyan Sunday School, led by the band of the Rifle Volunteers, followed by the Free Church School, cheered everybody with the strains of the band.”

[singlepic id=161 w=320 h=240 float=right]The band has had a long and established relationship with Geevor Tin Mine who provided them with a bandroom for many years before the mine closed in 1988. Pendeen Band also lead the parade in London in 1985 supprting the mine during the Tin crisis and had many players that worked at the mine.

At the reunion many formers players joined with the band to preform a concert of varied brass band music ranging from the traditional Florentiner March to modern film music with Pirates of the Carribbean.

Brian Stevens, Band Chairman, explained, “We are celebrating 120 years and thanking those people who, because of their dedication to the band kept the band going where other local bands fell by the wayside”

The second half concluded with four former musical Directors of the band conduting. Claude Nicholas, musical Director in the 1970s’s, Brian Stevens in the 1990’s, and more recently Steve Wearne and Simon Smith each conducted one of their favourite pieces.

Concluding the celebration, Darren Jenkin, the current MD, thanked Geevor Tin Mine for allowing the event to take place, Geever Cafe and The Radjel for providing the food and the drink and looked forward to seeing everyone at the 240th Anniversary.

More photographs from the 120th Reunion.