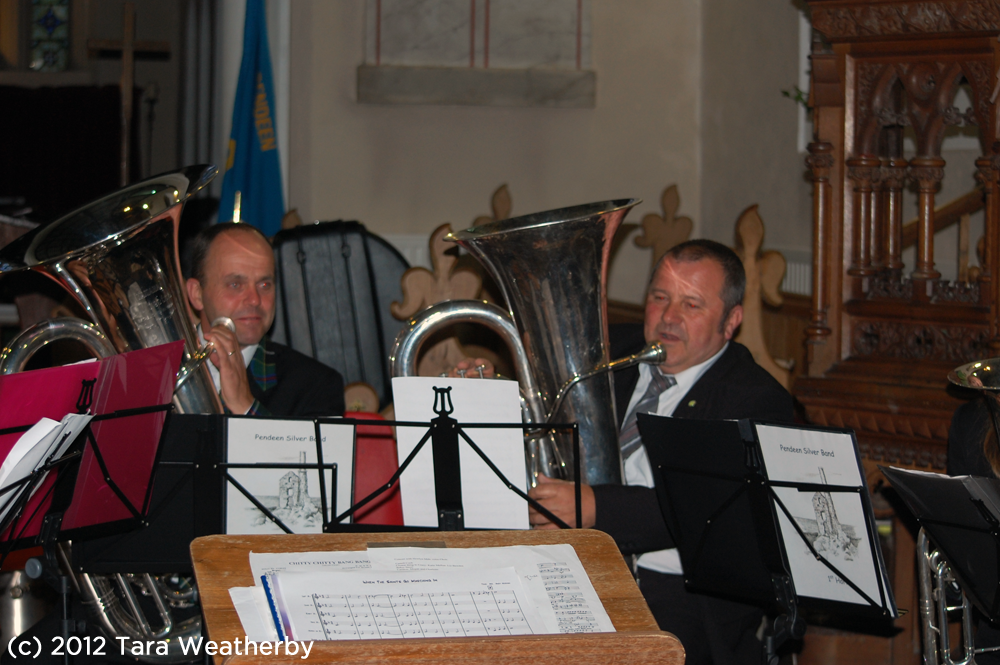 Highlights of the concert included the first public performance of the training band playing two pieces, an organ recital by Annette Winters along with a fantastic set from Newlyn Male Voice Choir.

The main band themselves entertained with a range of music that included solos by Liz Bawden on Horn and Steve Garner on Cornet along with a duet from two of the younger members of the band, Megen Clemens and Charlotte Kevern.

The second half started with a dancing nun as Louise Trembath danced in costume (video) as the band played Sister Act.

Commentating after the concert, MD Darren Jenkin said, “I have to admit I can’t remember a better concert- the choir were great and I couldn’t have asked for more from the band- you were all fantastic! Elizabeth , Steve , Megan and Charlotte – your solo’s were all superb and you should all be very proud of yourselves! Now we have to maintain the high standards we have set- entertainment and playing wise as we prepare for the SWBBA Championships and the National Qualifiers.”